After making two untimely changes in the team, the captain, Tiggy manged to win the toss again, surprisingly for two times in a row. Adding to that, another shocking surprise was given by the opposition team by playing two kids of age 13, 10 in the match(last time it was only one kid, as said by one of our teammates). 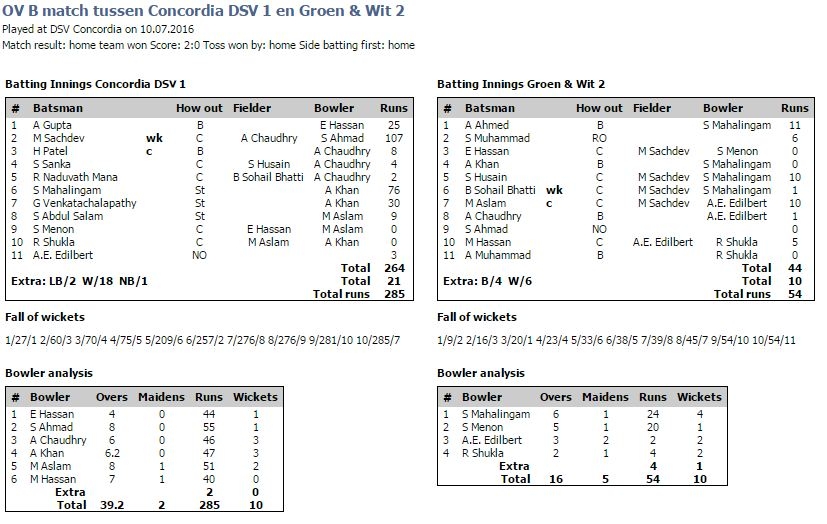 Concordia started as usually with Agam and Manu opening the innings as well as the six counter when Agam smashed their opening bowler E Hassan for a huge six over the leg side. Agam was as usally very destructive in his approach and mauled both their opening bowlers, Manu on the other hand was rotating the strike from the first ball he faced. Agam was unlucky and was bowled by E Hassan after a "Sehwag" innings. Tiggy went onto the crease and after bringing run rate back to normal(as said by the scorer  😂)  got out for their 1st change bowler A Chaudary,who also got the next batsmen Sasanka, out in the next over. In the mean time Manu got used to the bowlers and was playing a responsible innings on the other end. Adding to the situation prevailing, Rakesh got out again to the same bowler in the consecutive over. Remembering the match last week when concordia scored a mere 87 runs in a painful loss, the dugout was preparing for the worst.Then stepped up Mr.Siddharth and played one of the most memorable innings of his life. He smashed all the bowlers and didnt allow them to settle. Demonstrating his tremendous hitting ability, Sid was smashing every bowler for boundaries. On the other hand Manu who was solid from the start continued playing his supportive innings to Sid. Both the batsmen of the day got their fifties and went to make Concordia's first century partnership of the season. As every story has to end so did the partnership with Sid being the one stumped in the bowling of A khan. With the concordians thriving at 5/209, Girish entered the party with very well placed drives towards and over the covers. In the mean time Manu, having got enough of his supportive game, started answering the bowlers with the bat. As he started scoring runs through boundaries, he was informed that he was on 93 by Sajjad which made Manu well aware of his short term goal and achieved it in style by a flick towards the leg side. 35 overs through the innings, Manu seemingly was tired and got to be the next batsmen who got out and deserved a standing ovation for his knock. Sajjad smashing a huge six with a mere flick made everyone hope that the 300 mark will be achieved, but the batsmen having a little less pressure on them tried a tad too much to score runs and ended up batting 4 balls less the 40 overs.
Groen & Wit started their innings with a rather non technical batsmen who had problems in running and one of them was wrapped up by Antony smashing a direct hit from the mid off. None of the top order survived the pace and accuracy that Sid and Srijith possessed. Their batsmen faltered at the crease by gifting their edges to the centurion of the day, Manu. Manu made no mistakes in taking the catches which made 4 of their first 7 go back to the pavilion. Nothing more can be described about the batsmen as they were able to survive only till 16 overs. Anthony and Shukla maintained the pressure on batsmen by picking two wickets each. Sid and Srijith with their pace got 4 wickets and 1 wicket respectively.
All in all, a wonderful batting display under pressure followed by a devastating bowling attack by Concordia, made us win by 231 runs and has be remembered as on of the finest wins for the club this season.
Key moments
1) Manu's responsible and deserving century
2) Sid's destructive all round performance
3) Groen & wit's Sheri, 13 year old who seems to have a very bright future
MOM: Siddharth Mahalingam(As judged by Umpires) but should be awarded to both Manu and Sid for their all round efforts.
Match Reports 2016 Overzicht
Tweet